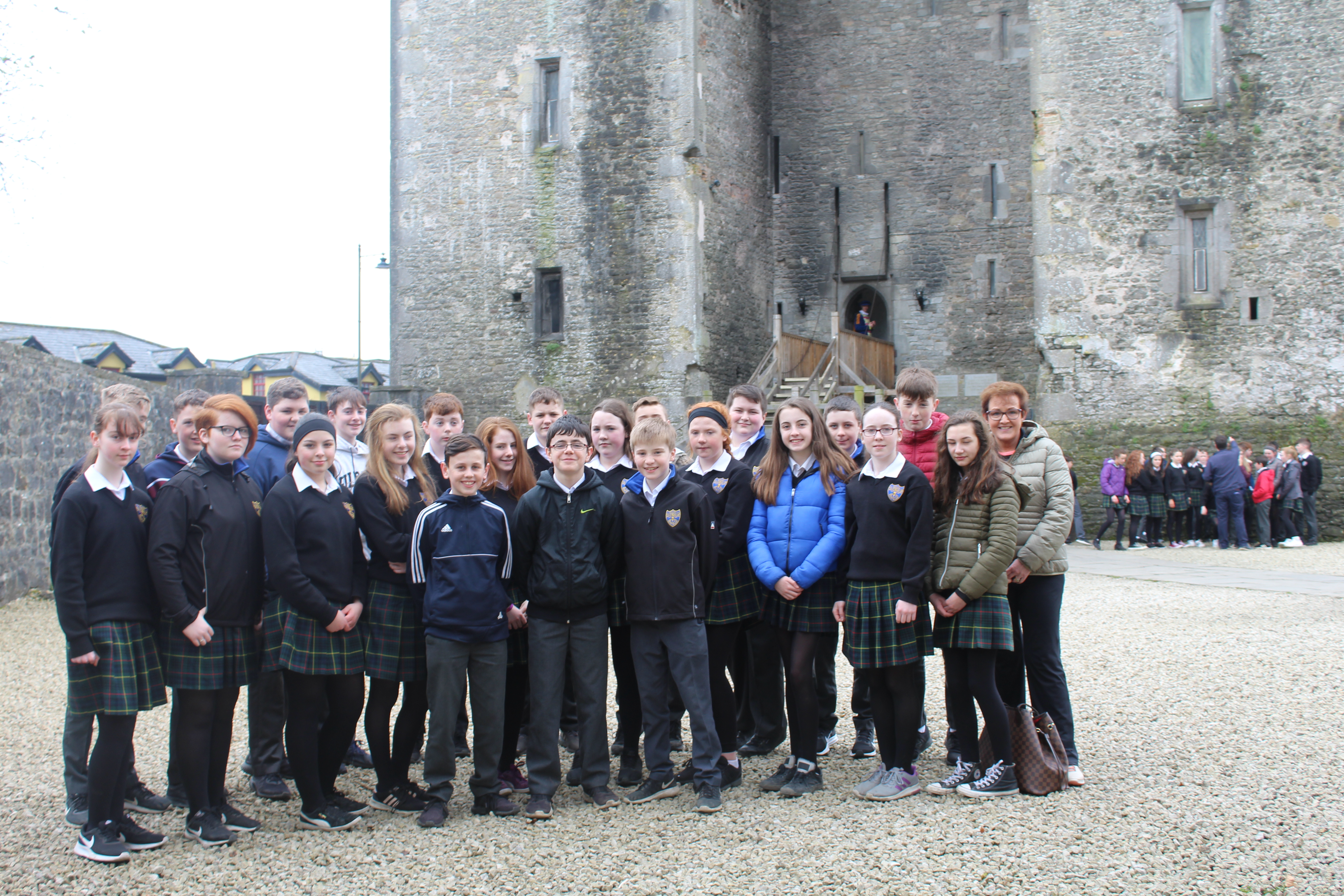 All of our First Years travelled to Bunratty on April 11th for their annual tour. They participated in a Treasure Trail around the Folk Park and then had a fully guided tour of Bunratty Castle, especially the gorier aspects such as the murder hole and the dungeon. After an outdoor lunch, they continued on to Craggaunowen where the students learned all about life in Ireland during Celtic times up to the Middle Ages.

Obviously, as these photos prove, a good day was had by all. However many were complaining of having sore legs as up to 100 steps were negotiated on the day!