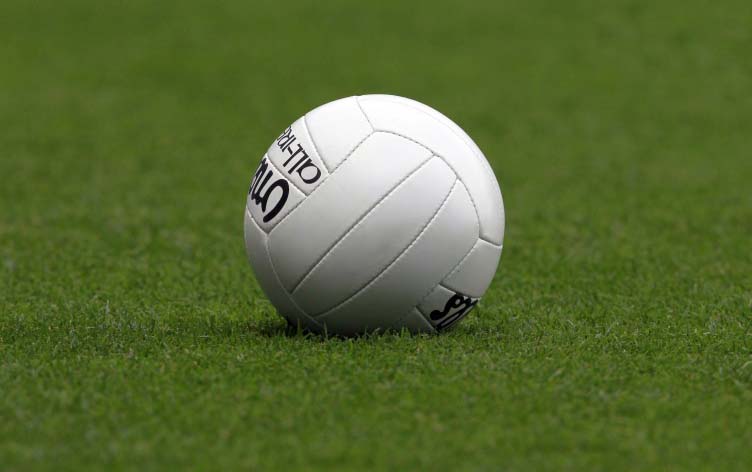 Our Senior Boys’ Team, Connacht champions 2015, were defeated by St. Mary’s Academy, Carlow CBS in the All-Ireland Semi-Final which went to extra time. Below is the Tuam Herald Report by Billy Coss, Sports Editor, on the semi-final and Connacht Final.

THERE is a winner and there is a loser, as there eventually always is in sport and Holy Rosary, Mountbellew were forced to deal with the bitterly disappointing experience of a narrow semi-final defeat for the second successive year. For Coláiste Choilm, Ballincollig last year, read St Mary’s Academy, Carlow this time around.

A Ciarán Larkin goal in the dying minutes of extra-time proved the game-breaking score and sent St Mary’s Academy, Carlow into an All-Ireland Post Primary Senior B final where they will meet Abbey School from Tipperary Town. It was cruel way for it all to finish for Holy Rosary, Mountbellew. Their progress to this stage of the competition had been built on being difficult to break down and while they struggled as an attacking entity throughout Saturday’s encounter, a solid defence kept them in the game.

As a match, it was dour and defensive with both sides flooding their back division while playing into the teeth of strong wind that blew from the Dunnes Stores end of Cusack Park. Just 15 scores, seven from open play, arrived during the 80-plus minutes of football which says it all about as a spectacle. Still, the closeness of the exchanges and the prize of an All-Ireland final at stake, always kept it tense for the few hundred that filed into the Mullingar venue.

The opening 24 minutes were scoreless and the possibility of the entire half ending without a score wasn’t all that far-fetched. The Leinster champions eventually broke the deadlock through Shane O’Neill and Niall Lowry followed with a sweetly struck 45 into the elements. Holy Rosary’s John Daly responded each time with converted frees to leave the half-time score 0-2 apiece.

Playing into the wind probably suited Holy Rosary’s style of play better and their most fluent football arrived in the second half of normal time. Kieran Dowd edged them in front after 32 minutes, Ronan Griffin doubled their advantage eight minutes later while, in between, John Daly was desperately unlucky not to find the Carlow net. The Leinster champions were becoming frustrated with their lot but scores from Colm Hulton and Ross Dunphy eventually drew the sides level, 0-4 each, at the end of normal time.

Indeed, Holy Rosary played the final minutes with a two-man advantage after Limerick referee Richie Moloney eventually lost patience with St Mary’s Academy and dismissed both Niall Lowry and Jordan Morrissey for repeated offences. Crucially, however, the Mountbellew students couldn’t carve out a match-winning score with that numerical advantage. Restored to the full compliment, the Carlow school came fast out of the blocks in extra-time with scores from Shane O’Neill and centre-back Brian Byrne.

HRC were struggling into the breeze but with the influential John Daly leading the way, they found a way back and Colin Ryan kicked consecutive frees to tie the game up, 0-6 each. 2 It was all on the line in the closing minutes and a replay looked ever more likely until wing-forward Ciarán Larkin became the St Mary’s Academy hero after 77 minutes, leaving HRC keeper Keith Murphy rooted to the spot with an unstoppable strike to the corner of the net. Colin Ryan reduced the deficit to two for Holy Rosary, only to be cancelled out by Conor McGrath as St Mary’s Academy marched on to decider at GAA headquarters in less than a fortnight.

If ever a competition bore out the maxim that ‘defence wins championships’, then this year’s NUIGsponsored Connacht Post Primary Senior B must surely have been it. Saturday afternoon’s final, a match decided by the finest of fine margins, eventually went the way of Holy Rosary College, Mountbellew but only after a titanic struggle with Presentation College, Headford.

The winners may not have scored from play after the fourth minute and were faced with adversity when losing midfielder John Daly, one of their key men, to a black card late in the opening half, yet they dug deepest to edge a tense dogfight at Tuam Stadium. Colm Mannion, the captain and heartbeat of the team, picked up the Richie Bell Cup along with the man-of-the-match award and the Mountbellew students basked in the satisfaction of retaining a title won against St Louis’, Kiltimagh 12 months earlier.

Like last year, HRC’s success was built on being exceptionally difficult to be break down. Their concession rate all through the campaign was miserly in the extreme: 0-7 against Ballinamore Community School in the first round, 0-7 to Rice College, Westport in the quarter-final, 0-3 in their comeback win over St Aloysius’, Athlone at the last four stage and now 0-6 against Presentation College, Headford on Saturday. Their full-back line of Christopher Fahy, Mark Mannion and Colin Murray, who had a storming match and was one of HRC’s best players, was watertight against a Pres Headford inside line that scored heavily in the competition.

James Foley and Thomas Rabbitte were outstanding in the half back line but this was a win for the collective. Colin Ryan converted five frees to early points from play from Kieran Dowd and John Daly and it proved a match-winning total as a magnificent effort in defence restricted a Pres Headford attack that had impressed so much on the road to the final. Pres Headford never reproduced the form that brought them to the final. Half their tally came from placed balls courtesy of Jarlath Mullin and Eoin Curry while their points from play came via impressive sub Adam Quirke (two) and Nathan McGhee.

Several players from the successful Galway County U-16 team that won last year’s Ted Webb Cup lined up against each other and what promised to be fascinating match turned into a dour struggle. Scores were desperately hard to come by throughout. HRC were the better team for much of the first half and despite holding a 0-3 to 0-1 lead after 16 minutes hadn’t fully made their superiority count. The half’s main talking point arrived on 21 minutes when referee Mel Kenny issued a black card to HRC’s John Daly following an incident with Gary O’Neill of Pres Headford.

What appeared a harsh call began to look a major momentum-shifter as Headford students finished the half extremely strongly. Eoin Curry pointed the resulting free, their midfield partnership of Matthew Keady and Cian D’Arcy completely took over and they went in ahead after impressive sub Adam Quirke kicked a beauty and Jarlath Mullin converted a free after a foul of fellow Mayo man, Nathan McGhee.

Adam Quirke made it 0-5 to 0-3 in Pres Headford’s favour with he day’s last score from play shortly after the break and the loss of Daly began to look more and more like the final’s turning point. Yet, HRC rallied and Colin Ryan kicked the next two scores from frees to tie up matters entering the final ten minutes. Extra-time was starting to look inevitable and a goal was always going decide it one way or another. HRC’s defensive system was impregnable all through but when a searching Matthew Keady pass found the pacey Nathan McGhee, a game-breaking goal looked possible. HRC sub Shane Coleman, the last man between McGhee and a one-on-one, was left with no other option than take one for the team, concede a free and received a black card. Jarlath Mullin edged Pres Headford’s side ahead only for Ryan to respond soon after.

HRC are an extremely well-drilled side by joint mangers Aidan Donnellan and Jonathan Ryan and they were making better use of their possession. Mark Mannion drew a foul, an incident that led to Adam Quirke receiving a black card, and Ryan held his never to land the winning score.

The Mountbellew school had gone through the entire championship without conceding a goal and there was almost a twist in the tail when Headford’s Daniel Garvey, one of his side’s best performers, attempt at an equalizer dropped short and Eoin Curry’s flick. Crucially, keeper reacted to flick the ball onto his crossbar before the danger was averted. Pres Headford had one final opportunity when a long-range Curry free drifted wide and HRC Mountbellew held on, but only just.

Last year’s campaign ended in a narrow semi-final defeat to eventual All-Ireland champions Coláiste Choilm, Ballincollig and HRC now have the chance to go one better when they meet Leinster opposition with a prize of An-Ireland place on the hallowed turf of Croke Park at stake. 4 All that’s for another day, however. HRC won Connacht titles in camogie and Gaelic football in 2014 and they’ve done so again a year later.